The moment people leave their homes they are at risk. No matter where they go and what they do, something unpredictable and dangerous can happen, throwing them in debts and ruining their peace. Cars, as the main means for transportation to many, aren’t spared, as well.

The list of damages provoked both by the other participants in the traffic and the owner of the vehicle is huge. That’s why people should protect themselves and their cars by getting an insurance. However, this is a very wide topic full of uncertainties and unanswered questions. To help you get a hang of it, in this guide we’ll go over the things you should know before making the final decision about which car insurance to get and why.

The basic use of the automobile insurance is to provide financial protection against a wide variety of damages such as physical damage from traffic accidents and different kinds of liabilities.

And that’s not all. Moreover, the insurance can widen its financial protection to include protection against stealing, acts of vandalism, and even incidents concerning natural disasters.

What’s interesting is that before the First World War, people didn’t really talk about automobile insurance. Even though the cars were quite fast and posed danger, people involved in car incidents very rarely got any financial compensation. That changed soon. The roots of the automobile insurance were planted in 1930 in the United Kingdom when an insurance scheme was developed. With it, drivers who owned a vehicle were supposed to be insured against the possibility of an injury or worse, death, to other people while the vehicle was driving on a public road.

Why You Need It

Besides the obvious benefits such as the ones that the automobile insurance pays for repairing damages caused by collisions with animals, repairing damages by flood or fire, there are other reasons why you need it, too.

With car insurance, you can get a no-claim bonus. What is that, you may ask. If you don’t make a claim on the car insurance while the policy lasts, you get a no-claims bonus, which later gives you a discount when you want to renew it. Of course, there are multiple terms and conditions which you have to fulfill. Depending on the insurer, you can get additional discounts in certain situations.

Moreover, in the sad event of your car being totaled, insurers usually pay you the sum of money which equals the value of your car before the horrible accident minus the deductible.

In many law systems, it’s mandatory to have a car insurance. There’re even countries where both the driver as well as the vehicle must be insured. Despite that, even in countries where you don’t have to get an insurance by law, the benefits it brings are easy to spot.

So, now let’s take a look at some of the most common types of car insurance you can find available on the market:

What’s more, there is an insurance plan called pay-as-you-drive which is still experimented with by numerous countries. Furthermore, it involves a tracking system established in the vehicle or its diagnostics and this tracking system charges according to the miles or kilometers that the owner has driven.

There’re certain options for extensions of the car insurance. For example, auto repair insurance is offered in the United States, in all fifty states. It protects the car against the natural wearing and ageing and it’s totally unrelated to any accidents or incidents that may occur on the vehicle. Usually, it doesn’t provide coverage against keying or any natural disasters or collisions.

All things considered, purchasing a car insurance isn’t a simple decision at all. Starting from the types of insurance to the price and benefits, there is truly a bunch of stuff to consider. But eventually, everything comes down to whether you are financially ready to make this step and whether you like to be assured of the safety of your vehicle. So, what do you think about this? Have you ever paid for a car insurance? Or would you pay for it? We like to hear it all.

How To Keep The Pool Clean Without A Filter? Kubota tractors are the best, and you would never go wrong by purchasing Kubota if you were looking for a fine tractor. They offer various sizes, and they can be used for a variety of different applications. They are not just well-manufactured tractors, but the machines are also very versatile, and due to this, the user gets a lot of Kubota attachments to choose from.

Depending upon the model chosen, Kubota can be great with large construction projects and light landscaping. Once you choose the right Kubota for you, you can use these machines to apply an array of tasks. Let us now take a closer look at choosing the right attachment for your tractor.

Things to be considered while selecting the Kubota Attachment 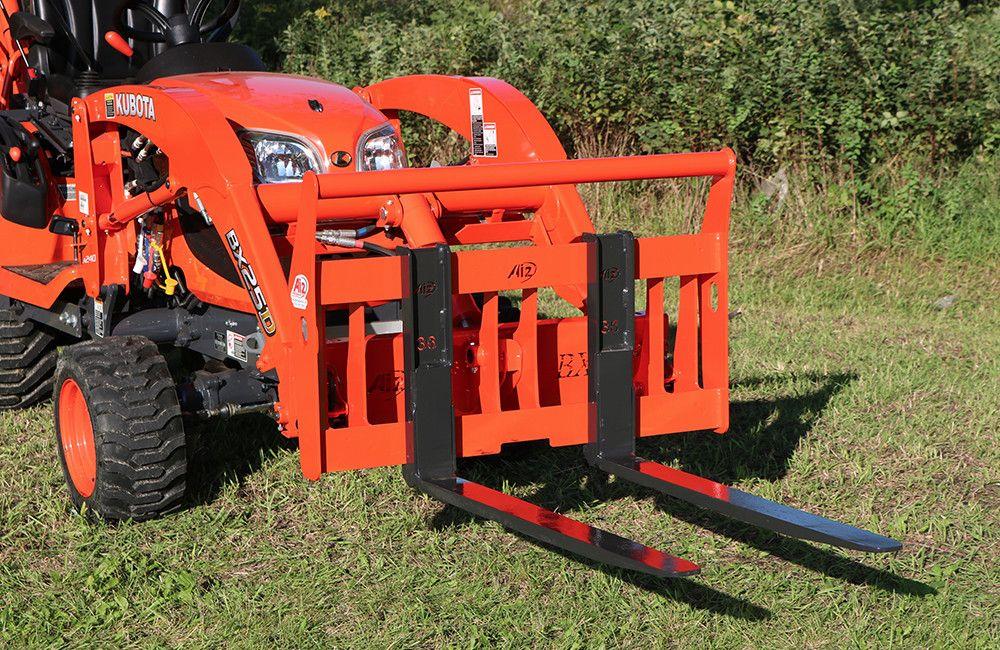 One of the important factors you should consider while shopping for Kubota attachments is the tractor you own. Yes, the attachments can indeed work across a various range of tractors, but the thing is, some attachments might be compatible only with a series of the specific machine. Depending upon the tractor model, the tractor and its application will vary in some major ways. A few tractors are lightweight and small, while there are mid-sized ones and a series of heavy-duty and larger tractors offered. It is an important thing to be considered because many factors like horsepower, weight, and the wheelbase will make a difference when coming to compatibility. 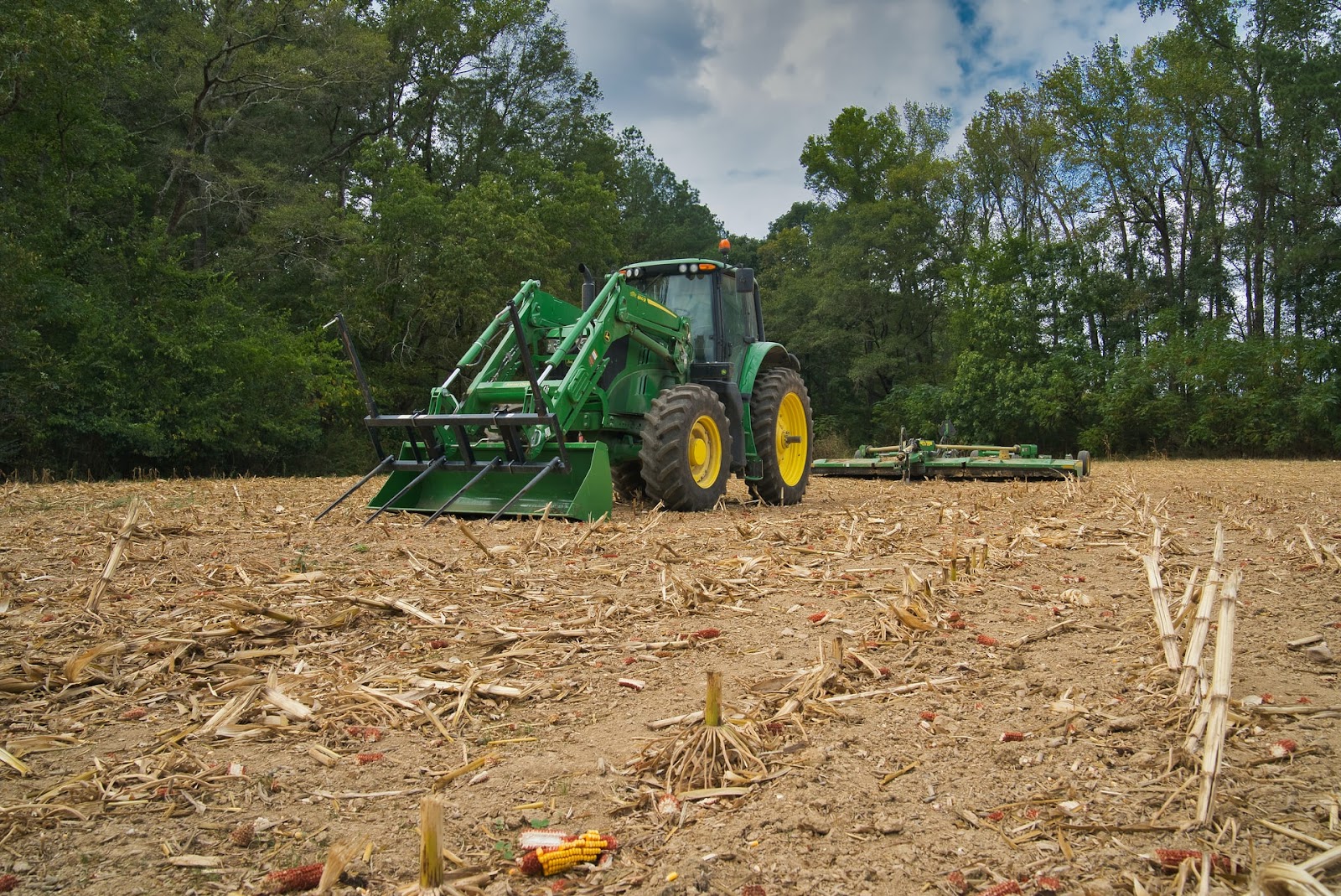 Since there are many attachments made to fit the Kubota and other tractors, you have a wide range of options for different applications for which you can use them. When selecting Kubota attachments, you should know the purpose behind purchasing one. You might buy the tractor for various applications, but you should also know which attachment you require, which would work as a piece of great landscaping equipment.

Equipment like an aerator, mower decks, and graders to rock buckets and root grapples also can but attachments like scraper and snowblower for moving the snow, and lastly, you also have options like forks, front loaders, lights, backhoes, tillers, etc. After reading this article, we hope you don’t have to stress getting the perfect attachment.

When to Repair or Replace a Damaged Windshield Most drivers have had to deal with a chipped or cracked windshield at some point. This problem is caused by a range of various reasons, from pea gravel falling off a construction truck right onto the windshield to a piece of debris kicked up by a passing car. Still, no matter what caused the damage, you’re the one who has to deal with the consequences and you have to do it quickly.

It’s vital that you repair or have your damaged windshield repaired as soon as possible, since you want to drive a safe and reliable vehicle and you can’t do it unless your windshield is in good condition. So, what is it that you can do when it comes to fixing the problem?

What options are available?

You basically have only two options: to repair or replace your windshield. In case of a smaller crack or chip, you can have it repaired by an expert and it won’t cost you an arm and a leg. However, if the chip is in your line of sight, or there are several cracks or chips on the glass, you should probably opt for replacement. The windshield is a vital structural part of the vehicle and you don’t want to drive a car that has a problem with one of its crucial parts, do you?

How to recognize a chip and a crack?

A chip is damage that clearly marks the point of impact by debris. It can be in the shape of a star break (cracks forming outward from the centre), bulls-eye (i.e. circular), partial bulls-eye (i.e. crescent shape) or crack chip (small crack, less than an inch. 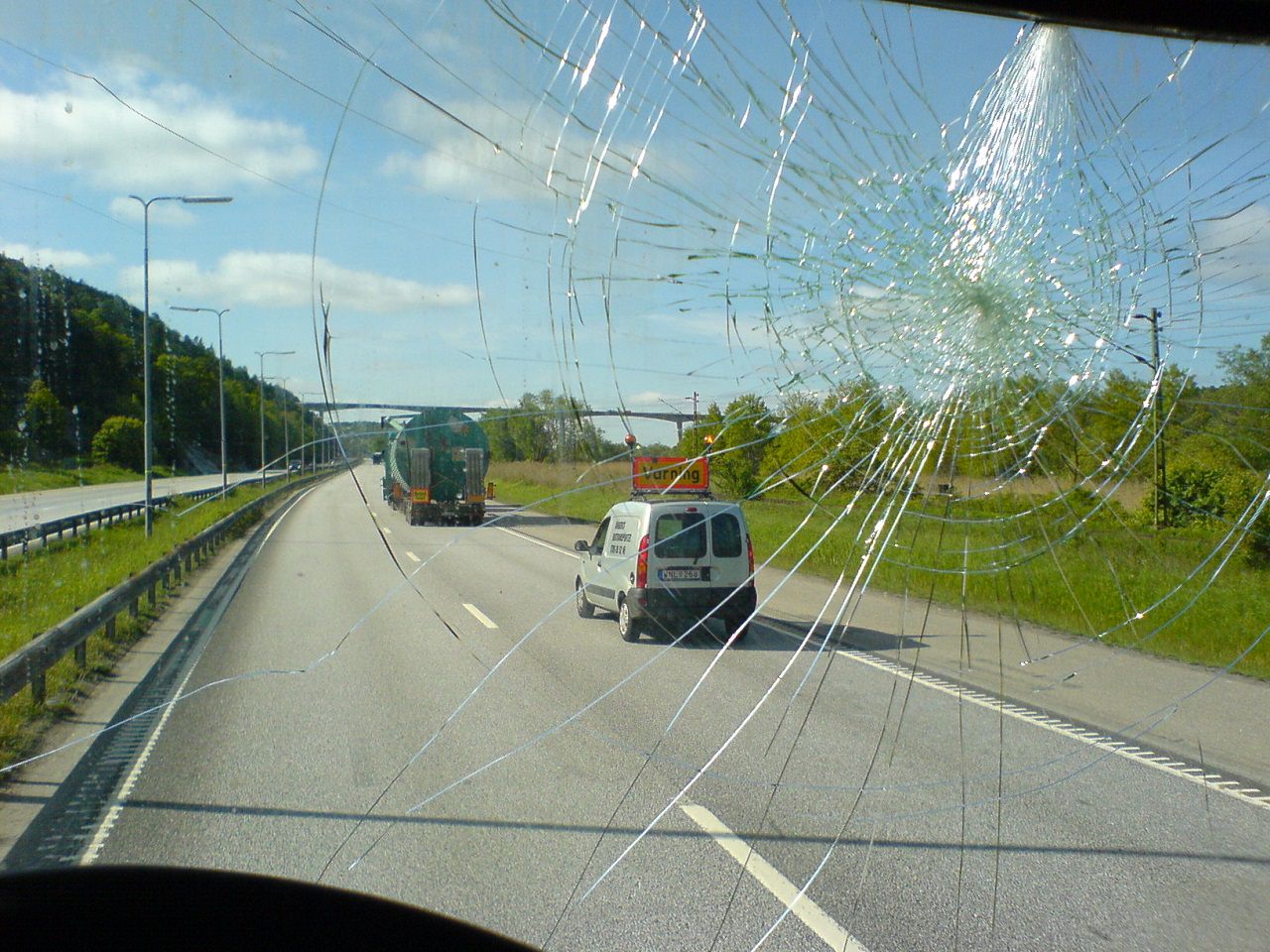 On the other hand, cracks are distinct lines that can vary in length, from under an inch to the width of your windshield. Still, don’t panic, since sometimes even the longer cracks can be repaired instead of replaced.

Since windshields are made of three layers, with a layer of resin or polymer sandwiched between two layers of glass, it is possible to inject a special resin into the chipped area. Also, many auto parts stores offer various DIY repair kits, but you really need to know what you need to do and you must have the right tools for the job. So, deal only with the chips that are not in your line of sight, but located in the corners of the windshield. Even if you manage to prevent the damage from getting worse, you’ve done a lot, because it will be easier and cheaper for an expert to fix the problem. 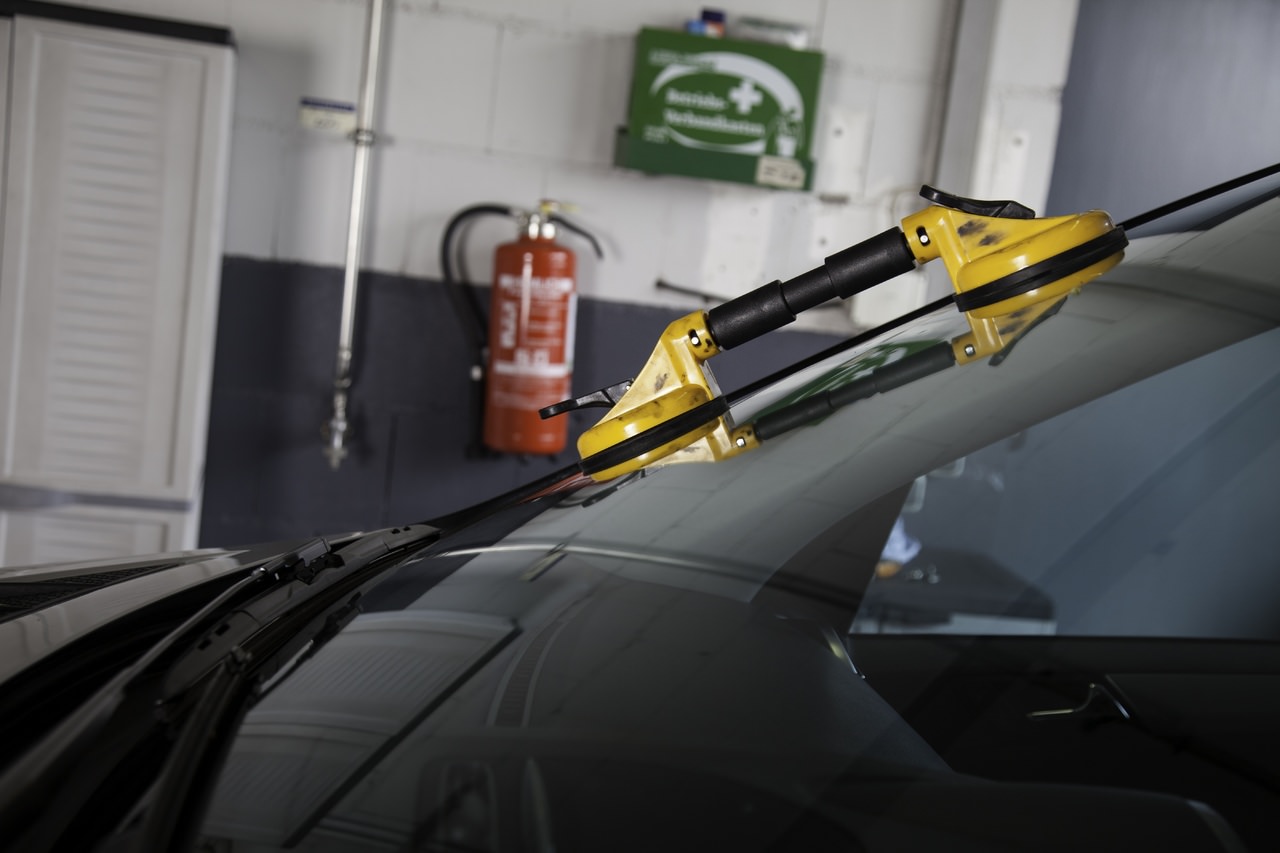 The repair technology has come a long way over the years and something that couldn’t be repaired before is now repairable, which means you need to consult an expert on the matter to estimate the damage. Usually, chips smaller than a quarter and cracks to three inches should be repaired, but that too depends on the location of the damage and the shop’s capabilities.

Cracks usually require a hole to be drilled at the ends of the crack before any repair work is done. No matter how simple this may sound to you, it’s always better to leave it to professionals who are experts in auto glass replacement to take care of it. When it comes to depth, if the damage is through both layers of glass, no repair is possible and you have to have the windshield replaced. In terms of the location, if the damage goes all the way to the outer edge of the glass, the structural integrity of the windshield and, consequently, the car is compromised. Also, if the damage is within your line of sight (i.e. the glass covered by the driver’s windshield wiper), don’t wait any longer, but head towards the nearest expert. Needless to say, the deeper and longer the crack, the more likely you’ll be to have to replace it. 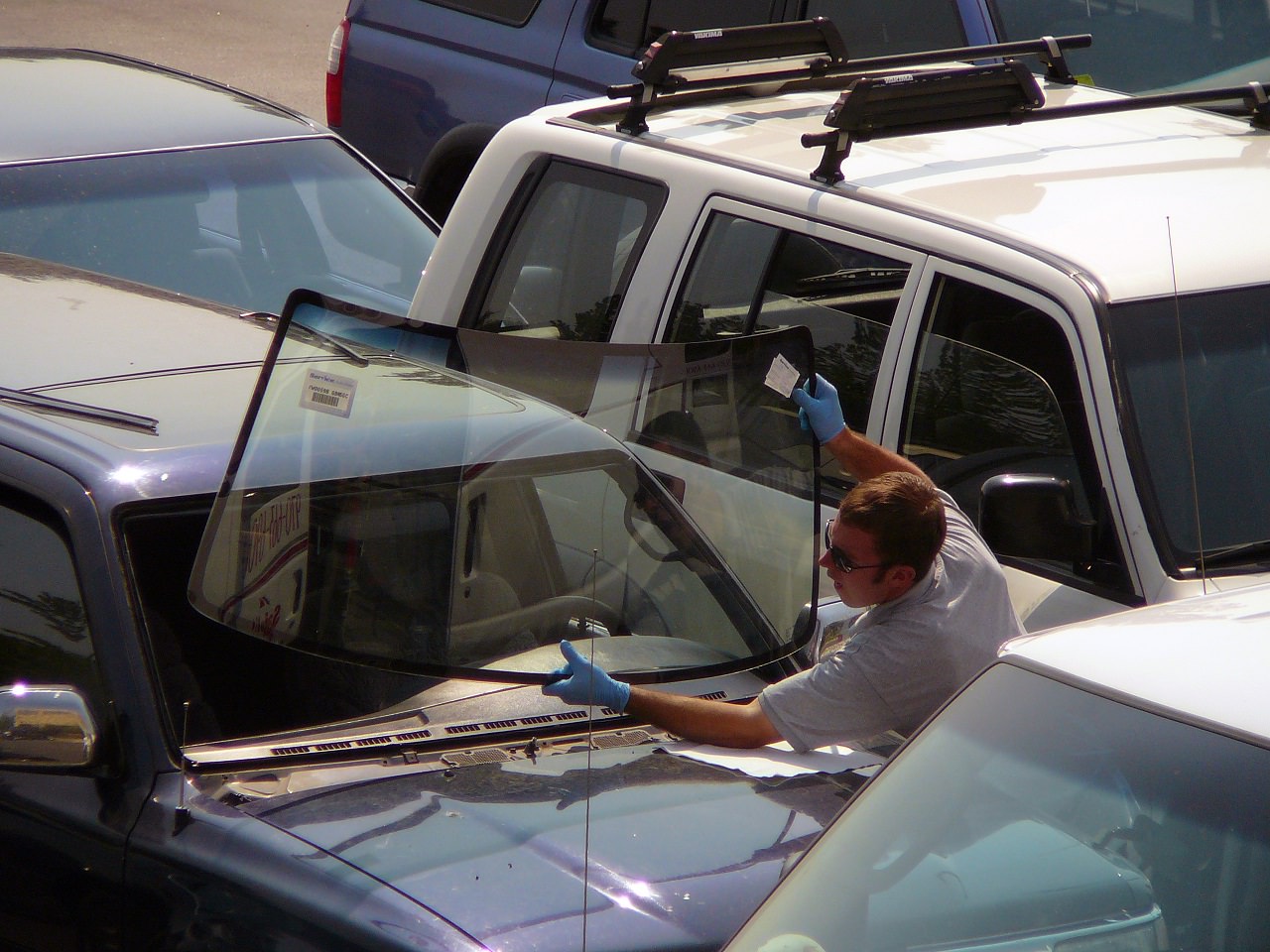 There is nothing more important than the safety of all passengers in a vehicle, which is why you mustn’t neglect any damage to the windshield. Studies have shown that the windshield provides almost one half of the structural integrity of the cabin in a front-end collision. So, do you want to gamble with your life and the lives of others by driving a car with its structural integrity compromised? 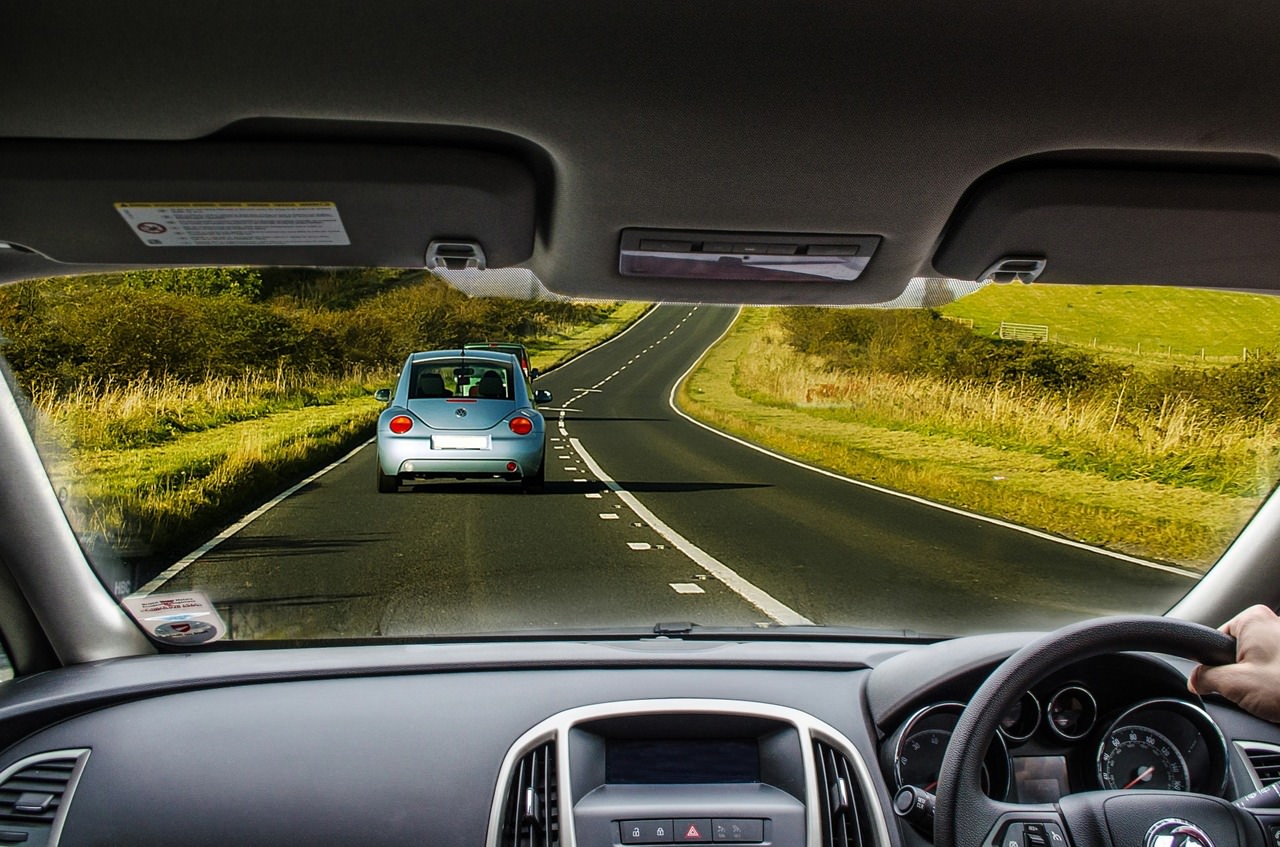 Dealing with such problems is a regular occurrence, though it’s still a nuisance. Still, in order to have a safe and reliable car, you have to either repair or replace your windshield, but only in consultations with a professional, who is the only person capable of giving the correct evaluation of the damage.

Why Do You Need Usefull VPS Hosting Or A Windows Virtual Server?

30 Best Places to Visit in Ireland

14 Most Beautiful Catholic Churches in Germany You Should Visit

The Benefits of a Social Media Marketing Panel- SMM Panel

FROM NAOMI OSAKA TO HIP HOP: KEEPING IT REAL WITH MENTAL HEALTH

Best Tourist Spots To Visit In South Korea For 2022

Why Jewelry Items & The Cuban Link Chain Are Necessary